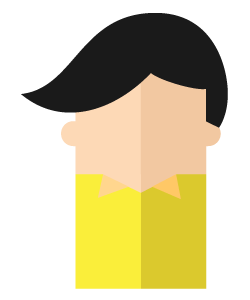 A few years ago, I realized that I had gained a significant amount of weight. I was really tired of feeling fatigued all of the time, so I started working out more. Eventually, I was even able to join a local sports league, and it was incredible to see how much it helped. Now, I feel happy and energetic most days, and I can honestly say that it physical activity has changed my life. I want to share my love of activity for other people, which is why I made this blog. Check out these great tips for getting outside, having fun with your family, and challenging your body.

Three Things To Do With A Back Mount

In Brazilian jiu-jitsu, one of the most dominant positions you can achieve is the back mount. This means that you're firmly attached to your opponent's back, with your legs wrapped around them to help hold you in place. Your opponent will be working feverishly to get you off their back since they likely know that you unquestionably have the upper hand as long as you're able to maintain this position. When you get in the back mount position, there are a number of things that you can do to win a sparring session or match. Here are three options.

When they move into the back mount, many jiu-jitsu practitioners immediately start to work on achieving a chokehold. There are several different chokes that you can successfully apply from this position, but the rear-naked choke is arguably the most popular choice. Knowing that you may be aiming to apply this choke, your opponent will immediately begin to fight your arms. This can be a battle of strength and will, as you're trying to move your arms around the opponent's neck and they're trying to prevent you from doing so.

Strikes can also be a useful option in your arsenal when you achieve a back mount. In this position, you can strike the sides of your opponent's torso. Doing so can be valuable because this can open up the door to a chokehold. When you strike your opponent's torso, they'll often be tempted to lower their arms to block your striking. This immediately opens up their neck, which will allow you to quickly apply a chokehold before your opponent can defend against it. It's common for martial artists to switch between striking and chokehold attempts until they're able to execute their chosen chokehold.

From the back mount position, you should also look for an opportunity to apply a joint lock to your opponent. From their back, you can easily reach either of the arms, allowing you to gain control of this limb and use your strength to position it in a precarious position. If you've been trying to use a chokehold against your opponent and they've been fighting you successfully, there's a high probability that their arms are extremely tired. This can be a good time to go for a joint lock, as they may lack the strength to properly defend themselves.